How biometrics are driving efficiency in modern policing 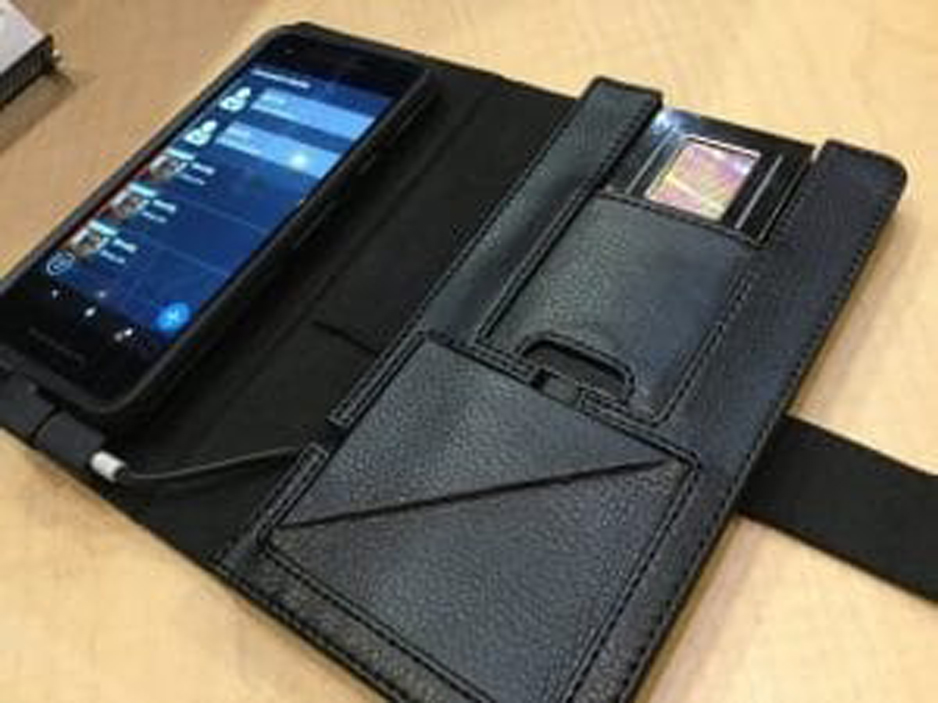 Modern-day police forces are under increasing pressure. The criminal world is becoming more sophisticated and organized, using new ways to finance and resource their activities. Serious attacks on major cities, such as those fueled recently by terrorist undercurrents in London and Hanau, Germany, have imposed requirements for extra vigilance, surveillance and investigation. Alongside this, illegal migration and human trafficking swell the population as organized gangs deliver vulnerable people with no identity documentation onto the streets.

Against this backdrop, law enforcement personnel are challenged to be more efficient, reduce head count and cut costs. Budgets are being reduced which impacts all areas of policing. To meet these challenges, police departments have turned to biometric solutions to help simplify and accelerate the suspect identification and booking process not only at the station but also on the street. They are also looking for ways to expand these capabilities across a broader range of rapid identification applications, wherever they are needed.

Boosting rapid identification capabilities first requires an understanding of how persons of interest are generally identified on the street. Traditionally, a police officer will challenge individuals for their identity documents if they have reason to believe that they are suspicious. Suspects may produce false documents, or no documents at all, if they are trying to conceal their true identity. In this case, the police officer has no choice but to take them to a police station for further investigation. This further examination can often involve taking biometric information such as fingerprints and comparing it to local and international databases.

There are many impacts from this type of identity investigation. First, a police officer may be taken away from his patrol duties on the streets for many hours in order to secure suspects, transport them to the police station, complete the necessary paperwork, carry out the investigation and complete the process. Other officers and a vehicle may also be involved in transporting a suspect. A suspect may need to be detained until the processing equipment becomes free. All of this comes at a cost both financially and operationally. This is not to mention the reputational impact of detaining innocent people because they have inadequate or no documents. This is a waste of time for the police and the innocent party.

The latest biometric readers are helping to avoid these outcomes. Thin film technology has enabled fingerprint readers to be produced with a very thin profile and compact footprint, not achievable with previous technologies. These small reader modules can be designed into ergonomically friendly products to make them easy for police officers to carry. The readers are also designed to simplify the technique of capturing prints by guiding the user through the process and performing automatic quality checks on the prints taken. But the real benefit comes from combining these readers with mobile phone technology to create portable connected devices which can be used anywhere. This is enabled through innovative software solutions designed to connect the hardware to the operating systems of mobile phones and manage the power consumption of the hardware to a minimum. The software can be delivered in the form of a software development kit (SDK) to allow police forces, or their technology partners to develop their own apps to match their database checking processes.

With these types of readers, officers can identify persons of interest wherever they encounter them. The device is used to take a single fingerprint, record the individual’s information and compare it over the air with the various available local and international databases. If people are identified as being a criminal or an illegal immigrant, they can be immediately detained. If they are not recorded on any of the databases, they can be immediately released. In either case, the interaction is typically completed in no more than two minutes, and there is no need to spend time or money to transport the person to a police station.

Where this type of reader has been deployed, police forces are already seeing valuable results. In the first year of deploying mobile biometrics, a police force in a major European city has seen a six-fold increase in the number of individuals identified, with the number of persons of interest detained increasing at an even greater rate. This police force estimated that they saved over $600,000 in the first year of this reader’s use alone, even after the purchase of the mobile biometric kits. Meanwhile, officers are spending more time on the street, and custody suites are freed up to house confirmed offenders, rather than those awaiting identification.

But other, less readily measured results have materialized. Officers have noticed an increase in trust and respect between them and the communities they patrol. Citizens are happy to have a quick and easy way to prove their identity, and no longer face the prospect of visiting a police station to provide a fingerprint. Even the officer’s interaction with criminals has improved. In many cases, when individuals see the mobile biometric device, they proactively admit their real identity, rather than protesting their innocence while pushing a false persona. The mobile biometric devices are bringing certainty to situations where there was once a great deal of ambiguity.

Of course, there are detractors to this type of initiative who fear there will be privacy risks and the threat that personal data will be compromised. These concerns are unfounded, since the software used with this type of device is designed to retain no personal data or biometric information. Any information received from central databases only confirms whether there is a match or not. Meanwhile, information recorded by officers during an interaction with a citizen is uploaded to a central repository and not stored on the mobile device. Therefore, privacy of the few detained is protected while the bigger community of citizens benefit from not being required to waste their time in proving their identity.

Military police have their own feature and compliance requirements for conducting rapid in-field identification of subjects. The example below is a ruggedized unit designed for military applications that captures fingerprints and iris images for comparison with an existing risk database or onboard watchlist of up to 250,000 records. It includes the option of integrated machine-readable zone (MRZ) and RFID functionality for reading and verifying passports and other IDs or credentials. 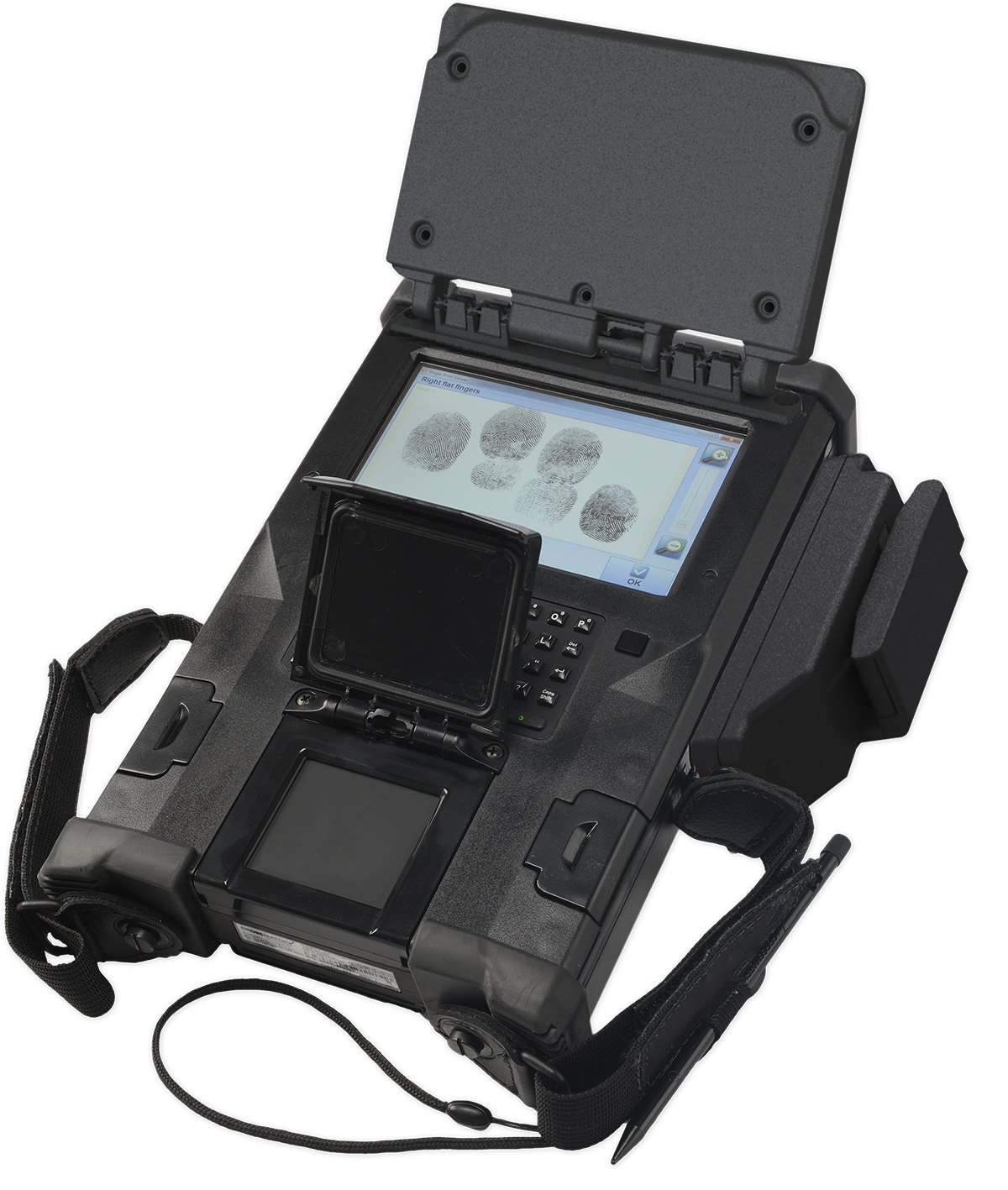 (The HID SEEK Avenger is designed for quick and reliable multimodal enrollment and watchlist identification in harsh environments.)

What’s next in civilian policing

The next step for mobile biometrics in civilian policing is to make the biometric booking process more accessible. Currently, all time and resource issues that affect suspect identification apply to the booking process since biometric booking stations are only available in certain police stations. The same technologies that apply in mobile identification can be scaled to provide compact tenprint fingerprint capture devices that could be deployed in small kits to allow the booking of criminals across a wider set of locations. In this case, the software needs to offer/provide security to transmit vital biometric information via a WiFi or mobile data connection while ensuring that none of the data is retained on the mobile device. Compromising any data at booking will have an adverse effect on the integrity of the whole identity system. Mobilization of the booking process is already possible with the technology available, but in many jurisdictions, legislation will need to be passed to allow the enrolment of a suspect away from designated locations.

Looking further into the future, police departments are also exploring how to mimic what many military police forces have already done by including document readers in their handheld rapid identification solutions. Adding document readers to pocket biometric readers will be particularly attractive for police departments in European Union countries where the government has mandated that identity cards have an MRZ and include a photo and two fingerprints of the cardholder, stored in a digital format on a contactless chip. Bundling document reading and fingerprint capture capabilities with a commercial smartphone into an easy-to-carry handheld folio package will enhance rapid identification for police departments and in new applications, as well. Examples include enabling immigration officers to perform watchlist matching at border crossings and passport checks at remote general aviation airports that don’t have a customs infrastructure.

Mobile biometrics are already delivering significant benefits to police forces around the world by saving time, money and significantly increasing detention rates. The speed and availability of these mobile solutions are improving the identification experience for police officers and citizens and enhance community relations. The continuing advances in fingerprint technology and software solutions will ensure that modern police forces that deploy these devices will enjoy enhanced efficiency for years to come, and these same benefits will be extended into broader law enforcement applications.

DISCLAIMER: BiometricUpdate.com blogs are submitted content. The views expressed in this blog are that of the author, and don’t necessarily reflect the views of Biometric Update.