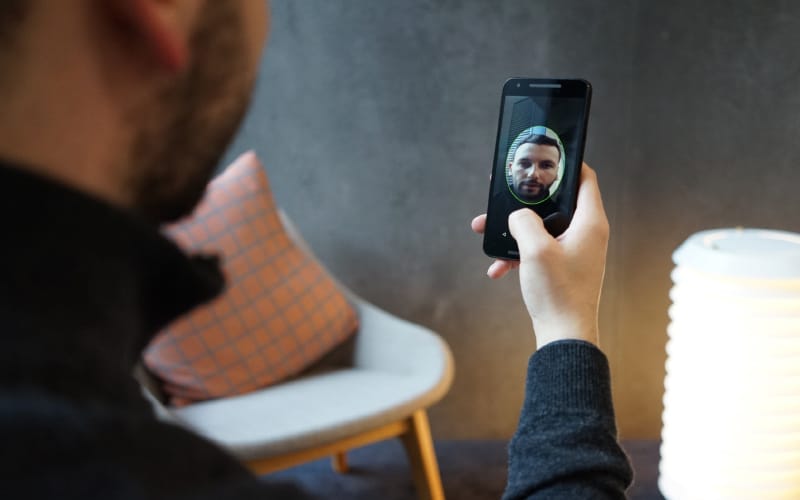 The top news of the week in biometrics and digital ID is largely divided between positive financial forecasts, results and announcements, and the technologies being developed to play a role in the global pandemic response, as well as the concerns that they raise. Relatively untested facial recognition technologies that should work in theory, and one that raised hackles and doubts across the industry also drew widespread attention.

The biometrics market is just a third of the way through a ten-year, near-$60 billion surge past $75 billion seven years from now in total revenues each year, according to one of several very upbeat market forecasts that made up the top new article of the week on Biometric Update. Of course, somewhat less popular was news that the pandemic could cost the industry $2 billion this year. Even that report forecasts biometric device sales will be worth more than $28 billion this year anyway.

Another of the week’s top stories covers announcements from eight different biometrics providers, with several of them, led by FacePhi, decidedly positive. Fingerprint Cards reported somewhat mixed results, and will be impacted by softness in the smartphone market, but a year-over-year operating activities cashflow improvement of more than $12.5 million should help. Even better news from public companies followed with fundraising, customer and revenue gains, stock buybacks, and deal rumors reflect an industry largely thriving in difficult conditions.

The Alan Turing Institute will carry out a research project into how to enhance the security and privacy of national digital IDs. The four-year project is backed by more than $5 million in funding from the Gates Foundation, and is also expected to provide an open library of tools and a pilot with vendor participation.

A new industry coalition has been stood up under the Linux Foundation to work on establishing trust over IP. Founding steering members of the ToIP Foundation include Accenture, CULedger, Evernym, IBM Security, Mastercard, and the Canadian Province of British Columbia, while contributing members include DIDx, iRespond, kiva.org, and the University of Arkansas, among others.

There is also a high degree of industry consensus that it is not a good idea to try to predict criminality with facial characteristics, for a number of reasons biometrics professionals elucidated on learning about just such a system developed in academia.

The Times has Raconteur’s report on “The Future of Authentication,” which features an opinion piece from Infosecurity Magazine Editorial Director Eleanor Dallaway on the old security versus convenience balance and articles on the pandemic as an industry catalyst, voice biometrics, passwords, and six common myths about biometrics.

Progress in Tanzania’s SIM registration program, concern over SIM data-mining allegations in Nigeria, and an argument for reusing biometric equipment make up some of the top digital ID stories from Africa this week. Fulcrum and Xpert Decision Systems are launching an office and a facial recognition offering, respectively, in South Africa.

A decentralized app providing a self-sovereign take on the immunity passport idea has been developed by a group of South African academics, students, entrepreneurs and privacy advocates. They explain Covi-ID in a Medium post, which starts from a perspective starting with a comparison many in the Northern hemisphere are blissfully unaware of, the Yellow Fever Card.

Remark Holdings is rolling out its new fever detection and facial recognition products, and kiosk-maker MSP has launched a new offering with hand sanitation compliance among infection-prevention tools. New biometric capabilities and offerings continue to be rolled out to help with pandemic containment, and facial occlusion which has been a barrier to effective facial recognition in the past seems less so all the time. Results from field deployments and independent testing are yet to roll in, however, and many high security face biometrics applications are used in private, without masks.

Contactless biometrics are expected to play an even larger role in airports as they recover from the virtual shutdown in global air traffic, as the same checks must be carried out at a safe distance. Australian officials are reportedly preparing to invest, and vendors like Vision-Box are positioning themselves to meet the anticipated demand. Veridium CEO James Stickland writes in a Biometric Update guest post that the aviation industry is going to have to take a strategic approach to integrating new technologies to address concerns ranging from accuracy to data security.

The technology already exists to replace many interactions currently carried out with touch through facial recognition, as SensibleVision CEO George Brostoff writes in another widely-read guest post.

While the security vulnerabilities in Zoom have been pointed out by many pundits lately, the privacy risks such as having your video used to train facial recognition systems without your permission are also present in Cisco’s Webex, Microsoft’s Teams and Skype, and Google’s Duo, Meet and Hangouts, as Consumer Reports discusses. Consumer Reports concludes with tips for protecting your data, and recommendations for video-conferencing platforms themselves to follow.

The Washington Post reports that as companies roll out fever detection technology to allow safe returns to work, some health and labor experts are concerned that risky and unproven surveillance techniques will become the norm. The Equal Employment Opportunity Commission has revised its rules around temperature checks, and the FDA has said it has no plans to intervene in the technology’s adoption, even though its use in the U.S. is supposed to require its approval after testing.

The novel coronavirus has given Gov.uk Verify a new lease on life, despite driving hundreds of thousands of applicants from the internet to call centers. Privacy International says the UK government is still forcing asylum applicants to register their biometrics in person, despite having measures available to avoid forcing them to venture out during the pandemic.

Fingerprint Cards writes that the shift to an agile workforce was already on before the pandemic, but the need for better privacy controls and security has been thrust into the spotlight. Biometrics can help with that in several different ways, according to the company. On a similar theme, Pindrop provides some data on how the pandemic has impacted call centers in a blog post, and five insights to be drawn from the way customer engagement and fraud have played out.

Even under present circumstances, fingerprints remain the best way to authenticate people in most situations, HID Global Senior Director of Product Marketing for Citizen Identification Steve Warne argues in a blog post. He makes the point that society is unlikely to either retrofit or stop using all public doors, among several in support of the conclusion that contact biometrics will continue to have a place at the foundation of identity programs.

A highlight to watch out for next week is the continuation of a Biometric Update interview series on the pandemic’s fallout which has so far featured experts from Experian, Nok Nok Labs, Pindrop, and BehavioSec.

Please let us know of any content you would like to share with people in biometrics and digital ID in the comments below or through social media.