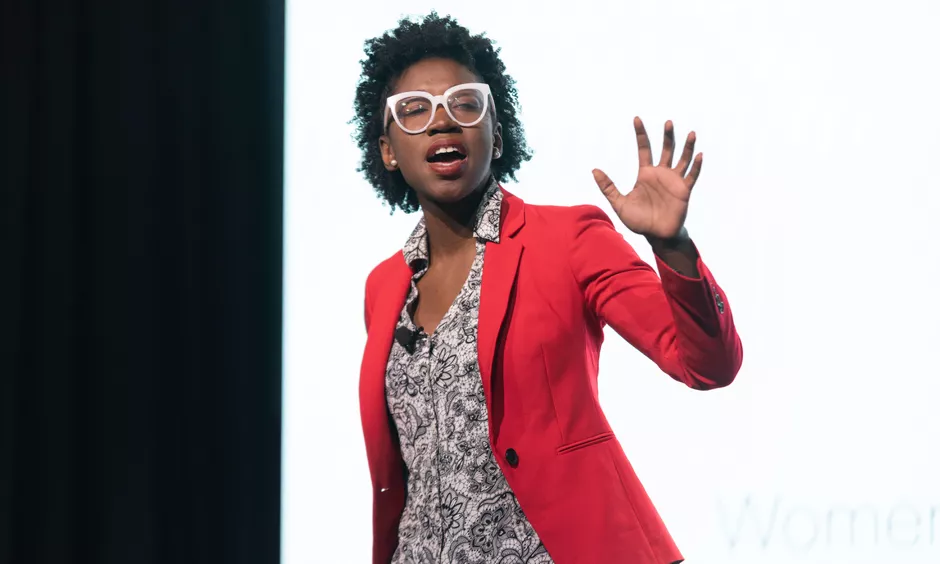 Joy Buolamwini, Ghanaian-American computer scientist, digital activist and founder of the Algorithmic Justice League (AJL), has sealed a book deal with Random House to deliver ‘Justice Decoded,’ an “investigative look into the harms and biases of AI and other technologies, from racial bias in facial surveillance to gender bias in voice recognition and more, which argues that social justice requires algorithmic justice in a world increasingly dependent on Big Tech,” writes Face2Face Africa.

Earlier this year, the AJL released a spoken word and visual project called “Voicing Erasure” to protest the demographic discrepancies or “bias” identified in popular speech recognition systems on the market.

A researcher with MIT Labs, Buolamwini is focused on identifying bias in media, art and science, and has also presented her work on TED. Started in 2016, the AJL is a response to the frustration caused by automated facial recognition systems’ lack of diversity and promotes algorithmic fairness. Slowly, the concept of algorithmic fairness has been embraced by IBM and Microsoft, among others.

“I am grateful for the opportunity to share my experiences, and I hope it increases and broadens participation in the creation of more equitable technology,” Buolamwini told Face2Face Africa. “Many people are unaware of the growing impact of the coded gaze and the rising need for fairness, accountability, and transparency in coded systems.”

Buolamwini has also started ‘Code4Rights’ which encourages women in getting involved in technology and making an impact in their communities. She was recognized for her work with a $50,000 grant, as she won the Grand Prize of ‘The Search for Hidden Figures 2016.’

“As the daughter of an artist and cancer researcher, I grew up seeing the arts and sciences used in service of humanity. From the age of 9, I was fascinated by robotics and wanted to create meaningful technology. As a result, using technology in the service of humanity has been the core of my endeavors. I strive to show compassion through computation,” she said.