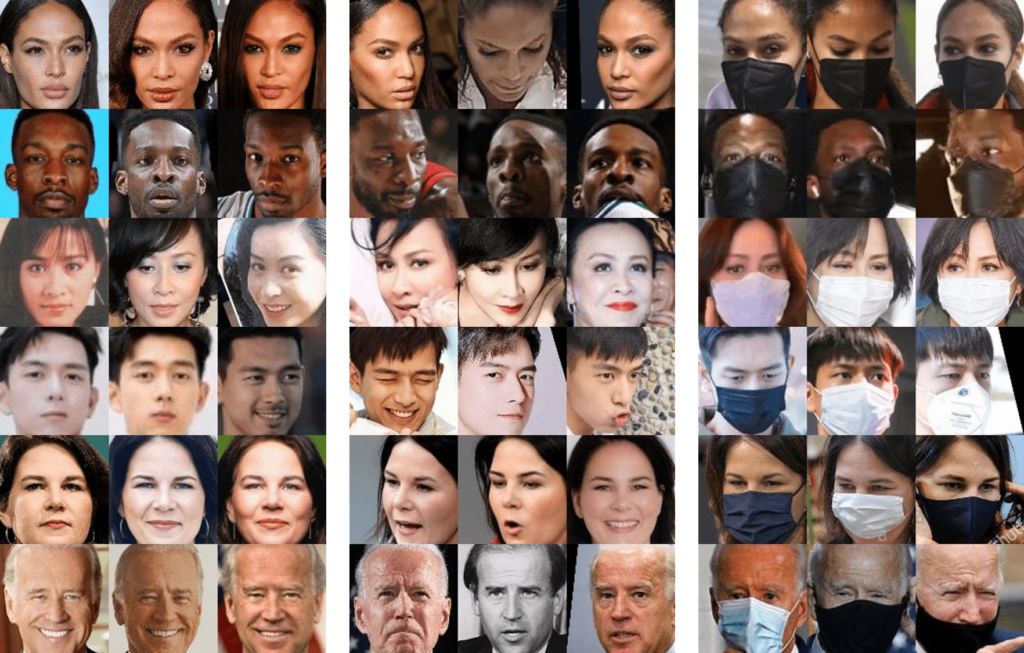 A large team of researchers overwhelmingly from China says it has created new million-scale facial recognition benchmark. They claim in a new paper to have built an autonomously cleaned biometric dataset of 2 million identities among 42 million facial images.

The uncurated dataset holds 4 million celebrity identities among 260 million images. The new proposed benchmark is called WebFace260M, and it is being described as the largest public face biometric dataset.

That is a significant differentiator. Public researchers have decried the disadvantage they are at with dataset resources compared to private companies – particularly Facebook and Google. For all intents and purposes, both have unlimited image datasets.

Dataset size is a potent accelerator of biometrics innovation, and public researchers are worried about being shut out of the race.

The WebFace260M researchers, from Tsinghua University, Imperial College London and a Chinese startup, XForwardAI, claim that their dataset “shows enormous potential on standard, masked and unbiased face recognition scenarios.” It was cleaned with an AI tool they developed, Cleaning Automatically by Self-Training.

A dataset this size has more proximate dangers, of course. With great volumes could come privacy-restricted images, long a problem for datasets created by academics and businesses alike.

A site has been posted with project history and updated details.