Biometrics work too well with face masks for criminals to hide; or for anonymity 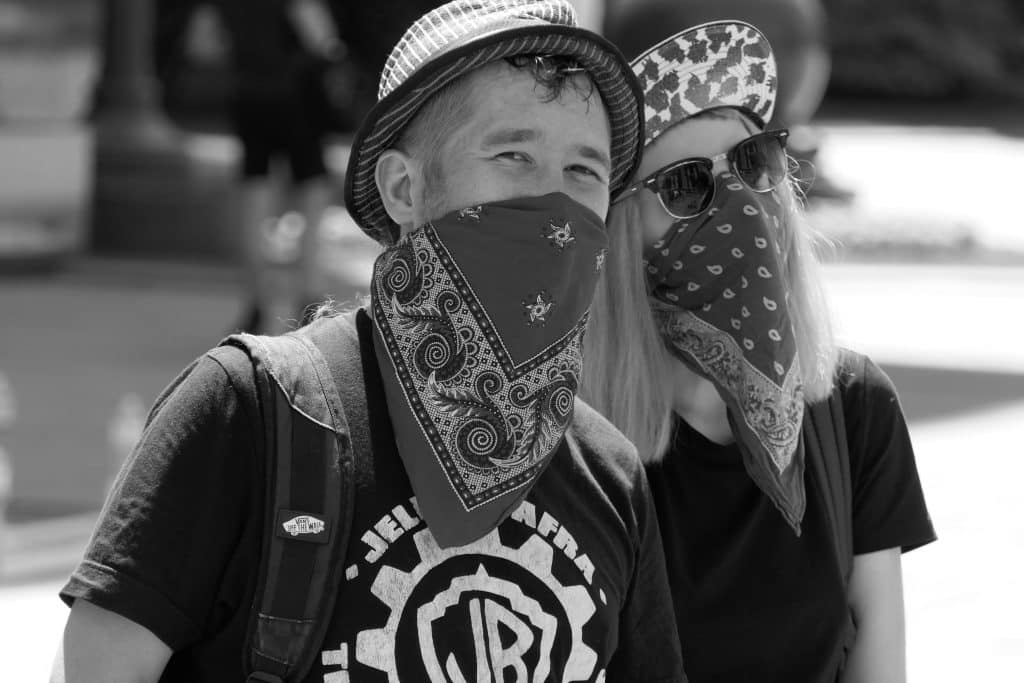 Since the beginning of the pandemic, an increasing number of face biometrics developers have stepped up their efforts to improve the recognition rates of individuals wearing masks.

It was a necessity to keep people safe from COVID-19 while also securing areas from unwanted visitors, and so the technology soon spread from everyday scenarios to more specific ones, such as industrial, academic, and many others.

Face masks, however, have historically not only been worn only by individuals trying to limit the spread of diseases but also by those aiming to conceal their identity for nefarious purposes.

Despite the worst of the pandemic being (hopefully) behind us, many biometrics companies have continued to improve mask recognition algorithms, while others have deployed the technology for surveillance-related goals.

The duality of the situation is captured by two recent events, mirrored in nature but trying to answer roughly the same question: how do masks impact the effectiveness of updated face biometrics systems?

Privacy International has published a study claiming that facial recognition and other biometric surveillance technologies are often being deployed without proper privacy guarantees in place.

The privacy group adds that, in order to counter these technologies, face masks might intuitively come to mind, but advances in biometrics make it possible to identify individuals even if they’re wearing masks.

“Given that anti-surveillance clothing and make-up has had some success in confusing facial recognition systems in the past, we thought that it would be worth experimenting with a similar approach with a face mask pattern,” reads the study.

To do so, Privacy International worked with technologists Adam Harvey and Tijmen Schep to produce a mask that could prevent identification through facial recognition.

During the mask creation process, the team said they had to consider a number of things, including the ways different face biometric algorithms work, the limited surface area of masks, and the possibility of swapping geometric forms with warped face-like features, to stop face detection, instead of recognition.

The privacy advocates also said they learned a few lessons from this experiment.

“It is virtually impossible to know whether even our most ‘educated guess’ would be totally effective, partially effective, or totally ineffective against all, some, or indeed any facial recognition systems,” the non-profit said.

Further, the team said their “small acts of resistance” against biometric technologies are not a substitute for structural, long-lasting solutions.

“People should not carry the burden of masking themselves to maintain their anonymity. Instead, governments must ensure unlawful biometric mass surveillance such as mass facial recognition is banned in our publicly accessible spaces.”

On the other side of the spectrum in face biometrics adoption is India’s MoD, which recently mentioned Facial Recognition System under Disguise (FRSD) technologies in a report on artificial intelligence, “AI in Defence.”

According to the Financial Express, the concept of FRSD has been developed by the Defence Research and Development Organisation (DRDO) to address issues connected with low-resolution cameras and people wearing disguises, including face masks.

The new DRDO report explains that face biometric technology can be used by local security agencies for searching across large repositories and can be deployed in both restricted zones and security areas. The technology can allegedly identify individuals even if they are wearing wigs, sunglasses, hats, masks, and other forms of disguise.

The FRSD system was developed and deployed by the Indian Army and aims to provide the government with surveillance, garrison security and population monitoring capabilities. The solution can be set up remotely with a field-ready system and does not reportedly require internet connectivity.

The news of the FRSD system comes days after India’s high court requested the Unique Identification Authority of India (UIDAI) to use Aadhaar biometrics to ID accident victims.