People are wittingly or unwittingly self-profiling, volunteering their biometric data, and establishing patterns of life that can be potentially exposed with or without their permission.
Aug 21, 2019, 2:51 pm EDT | Anthony Kimery
Categories Biometric R&D  |  Biometrics News  |  Features and Interviews  |  Military Applications 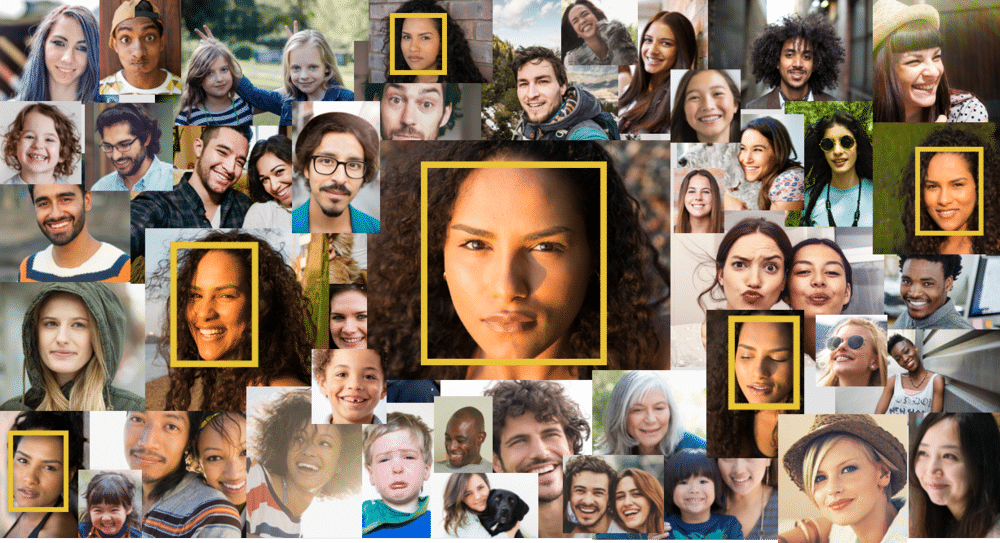 The US Special Operations Command (USSOCOM) is studying opportunities to obtain, analyze, and utilize information that’s voluntarily disseminated in the public domain – including social media — for both defensive and offensive purposes which could lead to new and potentially controversial operations intelligence collection requirements.

What this means, practically, is that USSOCOM is investigating whether social media biometrics are exploitable for the purposes outlined in the studies, in the context of new signals (SIGINT) and communications intelligence (COMINT) collection requirements and their concomitant collection systems and methods.

The JSOU paper highlighted “a wide range of topics collaboratively developed and prioritized by experts from across the Special Operations Forces (SOF) community,” and “as with the previous versions of this publication [the] list is tailored to address special operations priorities.” It explained that “the topics in these pages are intended to guide research projects for professional military education (PME) students, JSOU faculty, fellows and students, and others writing about special operations during this academic year. This research will provide a better understanding of the complex issues and opportunities affecting the strategic and operational planning needs of SOF.”

JSOU is the educational component of USSOCOM which conducts research through its Center for Strategic Studies (CSS), where efforts center upon USSOCOM’s mission.

According to USAF Col. Scott M. Guilbeault, Acting President of JSOU, “The Special Operations Research Topics 2020 publication highlights a wide range of topics collaboratively developed and prioritized by experts from throughout the SOF community [that] are intended to guide research projects for PME students, JSOU faculty, fellows and students, and others writing about special operations during this academic year [to] illuminate blind spots, provide a better understanding of complex issues and opportunities, and contribute to the evolution of the way SOF leaders think.”

Guilbeault said, “Our research topics are organized to support the special operations priorities of the Commander, USSOCOM. This list of topics was generated from recommendations solicited from the USSOCOM headquarters staff, the theater special operations commands, component commands, SOF chairs from the war colleges, and select research centers and think tanks …”

While a great deal of what would likely be collected pursuant to any new intelligence collection requirements resulting from the new USSOCOM studies is already being siphoned from the Internet, it’s not necessarily being correlated and analyzed within the context of what USSOCOM has described that it is exploring, according to intelligence officials familiar with advanced US Department of Defense intelligence research and development programs. And, there are, still, other biometric and related datasets that are not being tapped that the officials told Biometric Update on background would have to be “pulled in” to achieve certain of the intelligence collection activities that USSOCOM is currently examining as possible future intelligence requirements.

According to USSOCOM’s Joint Special Operations University’s (JSOU) recent publication, Special Operations Research Topics 2020, “people are wittingly or unwittingly self-profiling, volunteering their biometric data, and establishing patterns of life that can be potentially exposed with or without their permission (user agreements vs. hacking).”

USSOCOM explained that, “This modern reality presents the opportunity for new ways to conceive of intelligence, surveillance, and reconnaissance (ISR) … at multiple levels.”

As an example, USSOCOM is exploring to what extent social media analysis can “provide verifiable and reliable data for measuring preferences and attitudes at the operational to strategic levels,” and, what weaknesses are inherent in relying on social media as an indicator as well as what kinds of sociocultural analysis are necessary prior to utilizing social media analytics in order to make sense of the data.

At the operational to tactical levels, USSOCOM is exploring whether facial recognition and other biometric indicators can be captured and utilized for ISR purposes, and whether there are vulnerabilities in digital device biometrics that could expose Special Operations Forces [SOF] to potential harm.

The paper asked whether “evolving cyber-enabled experiences might be utilized to gauge sentiments or serve as useful indicators of measures of performance and measures of effect during SOF engagement strategies,” such as, “can the Internet of Things provide … sensing patterns, trends, concerns, and potential crises,” and “how might artificial intelligence and machine learning be leveraged in the performance of ISR in this way?”

One of the officials postulated that unspecified biometric, target population demographics, and geospatial information might “want to be harnessed in a link analytics manner to, say, get a sense of whether within this target demographic of a specific population there are indicators of a sufficient-sized opposition, for instance, and who are, or might be, within this population who likely would be involved or motivated to join the opposition – whatever it might be — and whether identified individuals have the skills and access to things – like weapons or cyber capabilities — who could pose a threat to an operational SOF deployment.”

The biometrics of individuals in a field of operation that’s available on social media, combined with existing intelligence – including an opponent’s penetrated intelligence and non-intelligence databases – could provide SOF with the capability to narrow in on individuals and groups who could pose a threat to a sustained operation in a given area. Officials would not elaborate on details, but suffice it to say that exploitation of social media biometrics, when correlated with other personal databases penetrated for such operations, could identify possible individual and individual-linked groups and associations that are deemed a threat; or, even for useful operational purposes.

“This gets into some really sticky wicket stuff,” one of the officials candidly offered.

Indeed. USSOCOM doesn’t hide the fact that it is clearly exploring whether patterns in social media contexts – including biometric information – can be exploited to anticipate the unintended in “campaigning.” USSOCOM said “the use of the term ‘campaigning’ is purposeful in that it requires a cognitive shift from contingency plans to one comfortable with perpetually seeking advantage without a clear idea of how the future will unfold. Unanticipated consequences are a reality in military operations, but are magnified in social settings by the multitude of unknown variables impacting a population and its perception of events.”

In other words, as USSOCOM explained, is “there a requirement to develop in operators an understanding of how mission objectives reach beyond the tactical mission and nest within a larger campaign or strategy,” and, “what mental models in military education need to be adapted to facilitate campaigning attitudes and activities.”

USSOCOM futurists are also concerned about learning how to determine if an operational “campaign” is moving toward a desired or acceptable future, and inculcating the necessity for planners to consider all sociological, political, and economic considerations in the planning process as factors that are equally as important as tactical plans.

USSOCOM explained that, “by issuing [its] Joint Concept for Integrated Campaigning, the Joint Staff has begun the process of reorienting the military away from linear planning based on end states and toward persistent, proactive intervention in nonlinear, social systems.”

“You can learn a lot, we’re finding, about threats within the social demographic structures of an area of operation by exploiting social media biometric data such as voice, behavior from videos, even gait … and cross-referencing with other biometric and behavioral modalities available to exploit,” the official said.

All this comes as Congress is set to begin long-term evaluations of the future of SOF as SOF increasingly is engaged to be the tip of the spear for US counterterrorism and counter-WMD activities and operations against hostile and rogue nation-states that necessarily involve direct action operations that require short-duration strikes and small-scale offensive actions in unwelcoming, denied, or politically sensitive environments, as well as employing specialized military capabilities to seize, destroy, capture, exploit, recover, or damage designated targets.

Direct action differs from conventional offensive actions in the level of physical and political risk, operational techniques, and the degree of discriminate and precise use of force to achieve specific objectives.

One of the officials explained that “all sorts of disruptive information warfare ops can be performed in support of these goals, like the injection of fake social media profiles replete with pre-made biometrics designed to make it look like to the opponent that there’s a, for instance, growing anti-government insurgency or the like. The desired response would be the opponent’s misappropriation of assets and resources to this perceived locality threat away from an area of an SOF tactical or strategic operation.”

Looking at disruptive innovation efforts, USSOCOM’s Innovate for Future Threats Technology initiative is focused on examining how this type of threat is “accelerating at a rate previously unseen in human history,” which poses the question of what are the emerging and disruptive technologies most concerning to SOF operations?

Of concern is how SOF can take advantage of these technologies, and how SOF can counter their adversary’s use. USSOCOM is investigating “what resources — DOD innovation labs, research and development labs, nontraditional defense contractors, etc. – SOF [can] leverage [to] better implement innovative technologies into the warfighter.”