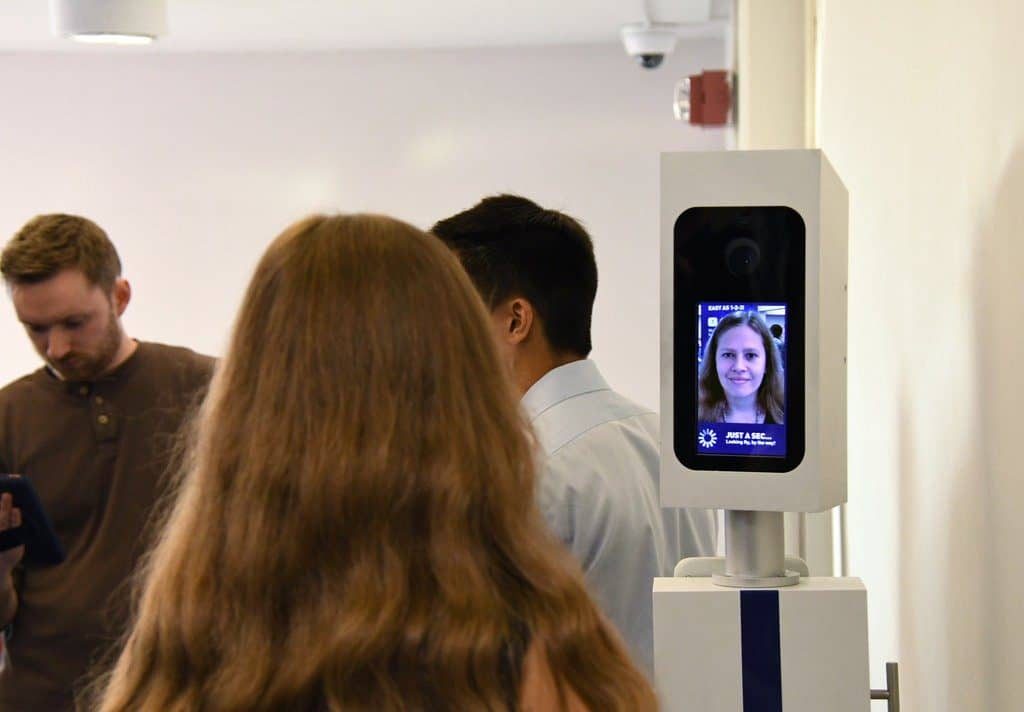 Growth in and trade show announcements around a wide range of biometric applications topped the week’s news, with rapid adoption forecast and CES reviews rolling in. The most frequently-read articles by Biometric Update readers this week include facial recognition for aviation, doorbells, cars, smartphones, and banking services, providing cause for widespread optimism.

The growth of biometrics use in airports is shaping up to be one of the industry’s main stories in 2020, and a number of new trials and implementations have been announced in countries around the world. From the recently-closed CES 2020 to FTE Global 2020, businesses are engaging with each other, aviation stakeholders and the public to drive the technology’s adoption.

IATA’s efforts to implement its One ID biometric air travel program, along with the need for more trialling opportunities and integration among stakeholders, are detailed in an Airport Technology article and interview with IATA head of Aviation Facilitation Celine Canu. Canu says her organization believes it “will have a fair implementation of the system by 2035.”

Biometric Update’s CES coverage continued this week with a review of consumer devices, such as smart home cameras, doorbells, and various types of locks, on display at the massive event. The NRF 2020 retailers’ event also includes a lot of facial recognition offerings, but for businesses, with security, retail analytic, inventory management, payment and POS applications on display.

CES 2020 also showed the increasing momentum of biometrics in the auto industry, with Samsung, Mercedes, Amazon, Cerence, Smart Eye, and a pair of entrepreneurs all sharing offerings for a market described as set for a massive growth period.

Some people never seem to forget a face, and research into facial recognition has revealed that “super recognizers” make up 1 to 2 percent of people, The Conversation reports. The article suggests that pairing such people with an inherent ability to match faces with facial biometrics may yield the best possible results for police and other agencies, though new research indicates that the abilities of super recognizers do not apply equally to different demographic groups, such as those with a different skin color.

There were products launched for Amazon Alexa by 50 companies at CES 2020, including the ecommerce giant and its Ring subsidiary, according to an Android Police article. Alexa integrations were significantly increased this year, and many of them include biometric technology, such as smart home devices with facial recognition. The prevalence of surveillance technologies such as biometric facial recognition at CES this year is worrying to some security experts, who say it may be glorifying a cultural danger, according to Threatpost. The progress of the technology into mainstream consumer products, and the need to protect biometric data against both commercial misuse and breaches drove the event to include a “Chief Privacy Officer Roundtable: What Do Consumers Want?” in a concession to the importance of privacy.

The Court of Justice of the European Union (CJEU) will rule on the legality of the conditions for access to communications data by security and intelligence agencies in the UK, Belgium, and France, if Advocate General Campos Sánchez-Bordona gets his way, according to Privacy International. Sánchez-Bordona identifies two major questions he believes the court should address. The court is expected to issue its official position in the coming months.

The much-anticipated IPO of Megvii is running into complications due to a lack of directly comparable companies, and its blacklisting by the U.S., S&P Global Market Intelligence reports. An updated prospectus from the company made require regulatory approval, and a filing from August 2019 shows a net loss of 5.2 billion yuan (US$760 million) on revenue of 949 million yuan ($138 million). Hardware makers Hikvision and Dahua may be the companies Megvii shares are priced against.

The first million digital driver’s licenses have been downloaded in New South Wales, Australia, beating early adoption estimates and indicating a strong future for digitized credentials. Also in digital identity, the Reserve Bank of India (RBI) has approved video authentication with facial recognition for remote e-KYC processes. India’s financial sector has been attempting to digitize their services by leveraging Aadhaar, but the rule-making has proved complicated.

Confusion around biometric registration of African travelers arriving in Nigeria, efforts to accelerate Tanzania’s registrations, and the ongoing dispute over Ghana’s voter rolls made up another busy week in African biometric and digital ID news. Congratulations to Magdi Amin, Omidyar Network Good ID leader, who is joining the Sudan’s Ministry of Finance to work on digital identity as part of an economic reform plan.

The U.S. Marshals Service is looking into contracting out for counter-biometric capabilities, becoming the latest federal department to seek advanced biometrics expertise. Presentation attack detection and other risk mitigation measures are included in “counter-biometrics.” The TSA, meanwhile, has announced that Telos ID and Clear parent Alclear LLC have joined Idemia in providing services for enrollment in the agency’s PreCheck program. All three companies have previous experience partnering with the TSA, which is ramping up its measures for efficient airport security.

Government and law enforcement use of facial recognition in San Diego, however, is shutting down as new legal restrictions come into force.

Issues related to biometric data are among the important areas for discovery cases to clarify over the next while, as are conflict between broad U.S. discovery law and GDPR in cases where data is held abroad, according to retired federal judge Andrew Peck. He was interviewed by LegalTech News Law.com about the emergence of new technologies in legal proceeding as part of the Legalweek 2020 Q&A series.

NXP has published a blog post as part of a series of more than half a dozen posts on biometric payment cards, including details on how various aspects of the technology work, and an examination of the company’s Biometric Secure Processing Module, to help companies considering the technology evaluate their options.

Another application for biometrics is in education, and Oxagile Technology Writer Oksana Mikhalchuk writes in a guest post about improving proctoring for online exams with advanced facial analysis and liveness detection.

Emotionally intelligent interfaces and hyperintuitive cognitive capabilities are among the technologies that are just ahead, according to Deloitte’s Tech Trends 2020 report. The report examines nine macro technology forces, includes a chapter on ethical technology and trust, and discusses human experience platforms. Facial recognition and natural language processing (NLP) are seen as current market technologies, set to impact tech over the next two years, while advanced biometrics are seen as an emerging technology, two to five years from impact.

The new policy on deepfakes adopted by Facebook has earned mild praise from the U.S. House Intelligence Chairman, and scepticism from others in Congress, as we track another technology trend, the identity of content.

Biometric vending machines with palm scanning are now in use for opioid distribution in Vancouver, Canada, The Globe and Mail reports. The idea of using biometrics to help reduce drug-related deaths was reported by Biometric Update last September.

As always, please let us know through the comments or the usual channels of any story you would like to share with the biometrics and digital identity community.