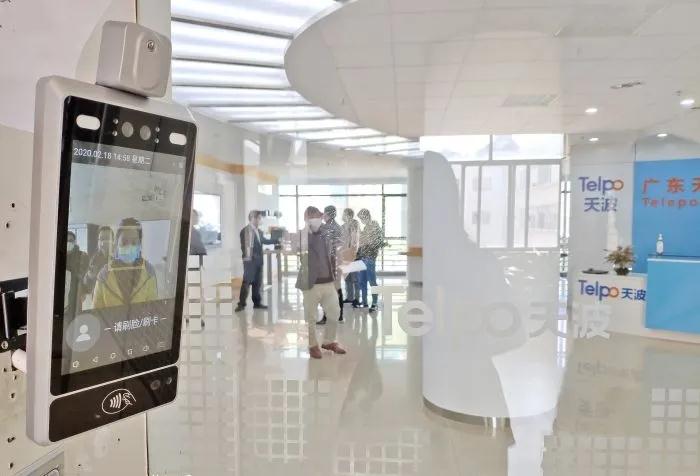 Helmets with thermal imaging and facial recognition developed by Chinese firm KC Wearable are being considered and tested for COVID-19 surveillance by police in China, Dubai, the Netherlands and Italy, writes Business Insider.

In China, more than 1,000 smart helmets are used by police, healthcare and transport workers to scan and monitor fever outbreaks from two meters away. While a number of Western governments have expressed interest in purchasing the helmets, there are still skeptics doubting the helmets’ efficiency given that many infected people are asymptomatic or have no fever.

On the right side of the helmet’s screen, the officer sees a live feed with people’s body temperature captured with an infrared camera. The KC N901 smart helmet is embedded with an ARM processor, biometric facial recognition, an augmented reality display screen, an infrared camera and a visible light camera. Within two meters, it can take the temperature of a certain person or of people in large crowds, it can scan a person’s QR code for personal information, recognize license plates and use facial recognition to identify people. The information collected is saved on the helmet.

Without revealing the name of the country, KC Wearable’s Global Chief Dr. Jie Guo claims the company has honored a request for hundreds of helmets, at a cost ranging from $5,000 to $7,000 per device. Dr. Guo claims the helmets have a precision of 96 percent.

“Government authorities and some private buyers are using the helmets. In China, local policemen, nurses, security guards, and people [staffing] checking points at metro stations are all using the helmets,” Dr. Guo told Business Insider. “In many places, they use fixed infrared cameras, but our helmets can be used with higher flexibility, adaptability – it can be worn or put on a tripod.”

When fever is detected, an alarm goes off.

Business Insider contacted the Italian embassy and Dutch government for comments, but they did not respond.

Business Insider spoke with Dr. Chris Wright at the University of Exeter. An expert in thermal imaging, Dr. Wright says the most effective measure would be to take the temperature in the inner corner of the eye with a camera at high resolution. An example in a clinical setting would be FLIR device with a resolution of 640 x 480. He points out smart helmets have a resolution of 384 x 288. Provided they are equipped with a high-resolution camera, smart helmets can be installed at airports, supermarkets and medical clinics, he said.

Facial recognition thermometers developed by Telpo for pandemic control could be a major market for the company well into the future, according to a company announcement.

Telpo has sales approaching 100,000 units for its integrated facial recognition thermometers in China, Japan, South Korea, the U.S., and elsewhere in Asia, Europe and Africa.

The company says the multi-function capabilities of its devices, which the company has recently launched four of, can provide value through data traceability, health reports, and non-contact identity authentication, but can also be applied to a wide range of use cases during and after the pandemic. Further, Telpo argues that investments in integrated devices can reduce the cost of device replacement, as both identification and fever detection functions are expected to be needed in more environments going forward.