The state of the art of facial recognition has improved over recent years to the point of handling certain kinds of occlusion well, along with illumination from different directions. The accuracy of implementations on mobile phones has also dramatically improved.

These are just a few of the noteworthy findings from a paper reviewing the last eight years of progress in the field of face biometrics.

‘Eight Years of Face Recognition Research: Reproducibility, Achievements and Open Issues’ has been released as an open-access paper and shared in a LinkedIn post by Sébastien Marcel.

The time-frame is selected because it was roughly in 2015 that deep learning models became the dominant approach to facial recognition development. Further, the researchers completed a similar review of the state-of-the-art in 2014, providing a convenient reference point for follow-up.

Researchers from the Idiap Research Institute, Université de Lausanne (ESC) and the University of Zurich collaborated on the research. They found significant gaps in the existing research corpus, and identify several problems in the field that are yet to be solved.

Angles below 60 degrees are handled well by most facial recognition networks, according to the paper, but beyond that false non-matches rise quickly. 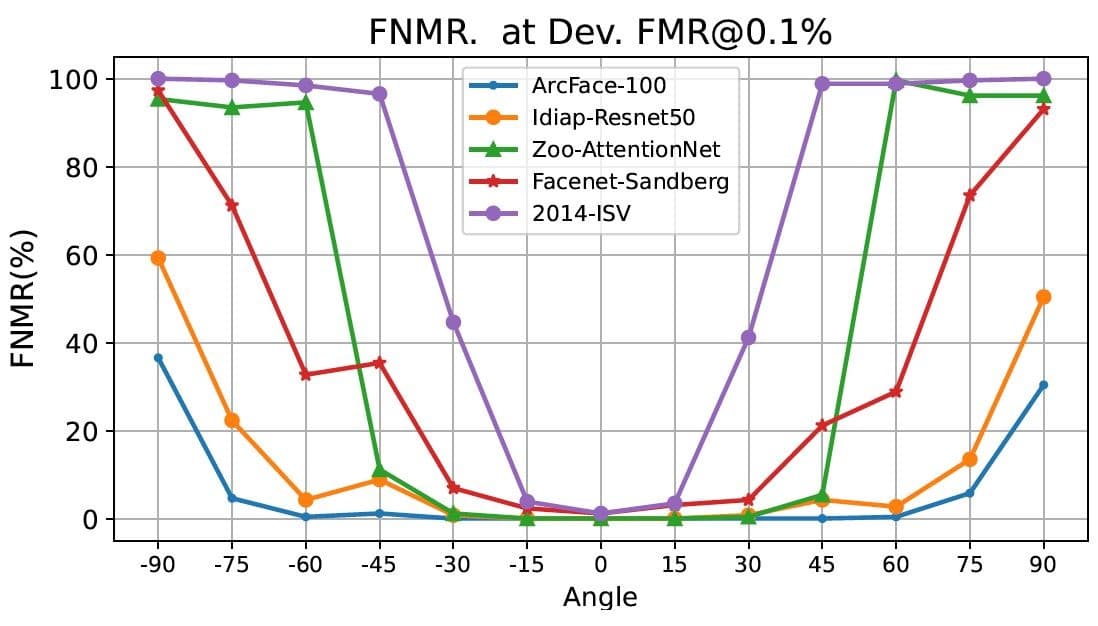 Recognition at a distance with low-quality images is identified as a problem, though this surely comes as a relief to some privacy advocates.

Facial expressions also pose much less of a challenge to biometric matching systems than they did before the adoption of deep learning, according to the research.

The paper does not analyze demographic disparities, though Marcel and fellow co-author Tiago de Freitas Pereira acknowledge in the LinkedIn thread that algorithmic and system bias are among ongoing challenges that persist, but fell outside of the scope of the research. Security aspects, such as morphing and other presentation attacks, also fell outside of that scope.

The research was conducted using six datasets and five facial recognition algorithms, all publicly-available, with the intention of enabling reproducibility.