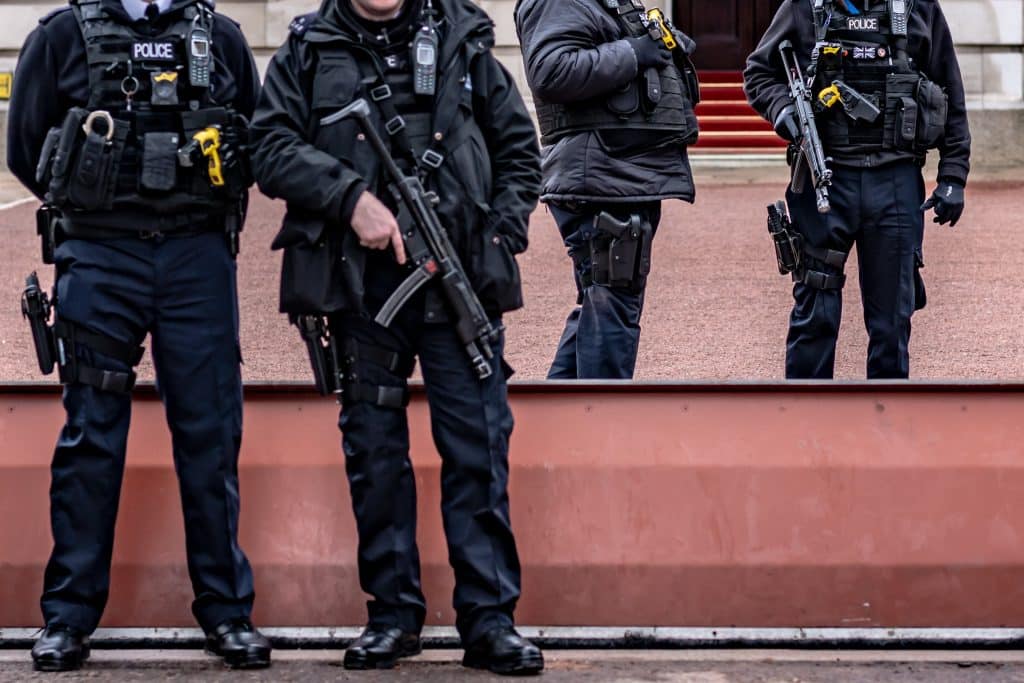 UK border and law enforcement agencies have adopted biometrics not just for forensic purposes but as a surveillance tool to use against protestors and others as part of a broad militarization process, according to a new report.

‘A Very British Problem: the Evolution of Britain’s Militarised Policing Industrial Complex’ is jointly published by the Campaign Against Arms Trade (CAAT) and the Network for Police Monitoring (Netpol), written by Dr. Keren Weitzberg, and starts with the assertion that the law is enforced in the UK by unarmed police is a myth.

The report catalogues recent and proposed legislative changes, increasing reliance on technology by law enforcement, and incidents of surveillance unconnected to violent crime.

Police force, as well as surveillance, is disproportionately deployed against Black activists, the report says. Black people are more likely to be fingerprinted in the street than others. The paper further argues that bias in facial recognition will exacerbate the unequal treatment.

Mobile fingerprint biometric scanners were already in use by three-quarters of UK police forces in 2019, according to the report.

The Home Office Biometrics program is criticized for increasing the surveillance powers of the state, while also sharing biometric data with “international security agencies.”

A Netpol representative emphasized the excessive policing of, and use of force against, marginalized communities.

The report was released just prior to a Guardian report biometric smart watches from Buddi Limited will be required attire for migrants to the UK who are convicted of a criminal offence.

The Home Office and Ministry of Justice plan to have migrant convicts perform up to five biometric face scans each day to ensure they are complying with the conditions of their release.

The Guardian spotted a £6 million (US million) contract awarded by the Home Office for the “non-fitted devices,” which the department says “will provide a more proportionate way of monitoring specific cohorts over extended periods of time than fitted tags.” The contract expires at the end of 2023.

In the event that a biometric check-in is missed on unsuccessful, a manual check will be performed.

Privacy International criticized the deployment on grounds that facial recognition is biased.