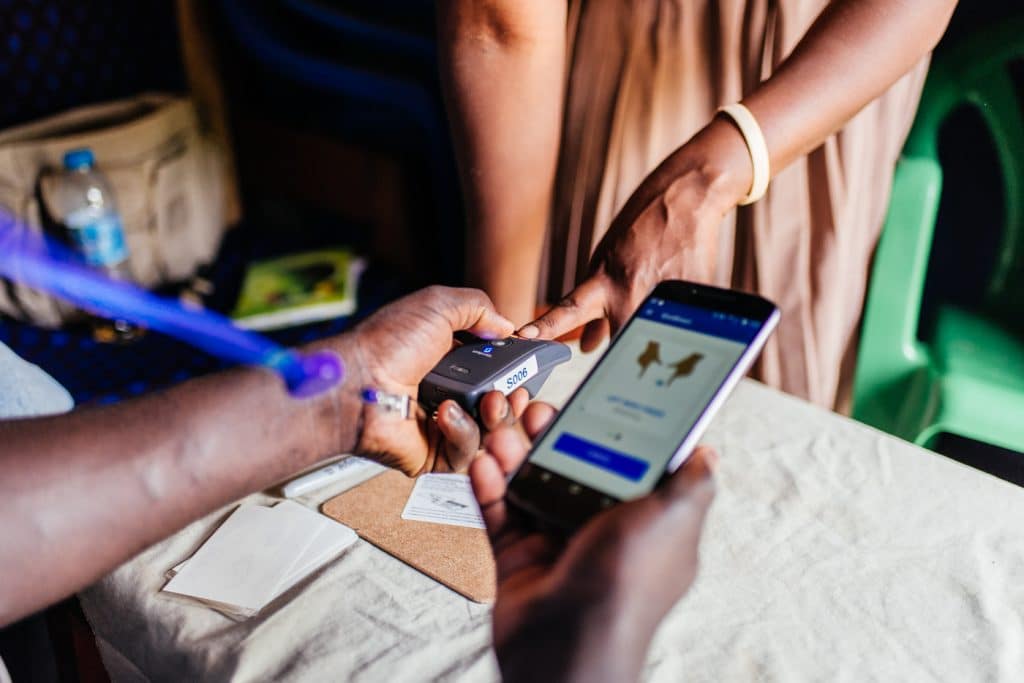 The Consumer Electronics Show (CES) in Las Vegas drove many of this week’s top biometrics and digital ID news items on Biometric Update, possibly providing indications of the importance of the automotive and smart home markets, chip innovation and liveness detection for the year ahead. News out of Africa and facial recognition for smartphones and casinos was also prominent for the first full week of 2020.

Ethiopia’s plans to digitize its humanitarian systems with biometric identity verification, with help from the WFP, and the prioritization of exam candidates at its registration centers by Nigeria’s NIMC lead Africa’s digital ID news for the week, which was our top story. Voter rolls for Ghana’s upcoming election also continue to make headlines, and appears set to do so for the foreseeable future. In more clearly positive news for the continent, ID4Africa’s Ambassador Program has added five more countries and a pair of new positions, reaching practical ubiquity and positioning dozens of engaged experts from 48 countries to assist in the skills build-up of their nation’s identity authorities, as ID4Africa Executive Director Dr. Joseph Atick explained to Biometric Update in an interview.

The shipment represents more units than the company has sold in its first four years of operation, and Simprints hopes to ship more later in the year.

CES stories that were widely read this week include a wrap of biometric automotive systems being introduced and demonstrated at the event, including fingerprint solutions from Synaptics and a new partnership for EyeLock, as well as a review of the voice biometric and analysis technologies for virtual assistants, televisions, and IoT devices, and a review of the range of applications featured at, and issues faced by the event, with smart everything and international relations prominent in early coverage.

Infineon’s single-chip Real3 3D depth sensor solution and the fruits of its partnership with pmdtechnologies were also on display at CES 2020, as detailed in one of the week’s most popular stories. ID R&D meanwhile announced at CES 2020 that its IDLive Face v1.9, which provides passive biometric liveness detection, has passed Level 1 Presentation Attack Detection (PAD) testing by iBeta for compliance with ISO/IEC 30107-3.

Most U.S. consumers have not made an online purchase because of password-related problems, according to a new survey from Visa which joins the growing number of studies indicating biometrics are the way to assure online shoppers of payment ease and security.

Experts from Jumio, OneLogin, Shufti Pro, Enzoic, BioCatch, WatchGuard Technologies, CyberArk Labs, Acuant, Mitek, NuData Security, Callsign, and the Deeptrust Alliance shared their predictions for digital identity in the year ahead in another widely-read article. Thanks to all who shared their perspective.

The UK’s efforts at building a digital identity are declared a failure by former Microsoft UK CTO Jerry Fishenden in an article for ComputerWeekly.com, but he does see a path forward, using a simple, digital version of government processes such as UK passport and driver’s license issuance, to leadership for the nation in bringing trust to the online world. He sets out his proposal for how to do so without creating a “papers please” culture.

As online services are increasingly popular, and digital identity therefore ever more important, Juniper Research predicts that 9 out of 10 smartphones will have native hardware for facial recognition. The efforts of organizations like iProov and Mastercard, and certifications like FIDO2 are singled out as keys to the technology’s rapid implementation.

Facial recognition can also be used to help prevent underage gambling, and companies are engaging with customers from Sydney and New Zealand to ICE London to Macau to help them narrow the field to protect vulnerable individuals, and themselves.

Forbes Technology Council Member Bill Edwards, a former U.S. Army Colonel in charge of the force’s biometric, forensics, and machine learning, and now associate principal of protective design and security services at Thornton Tomasetti, writes that with facial recognition technology improving, and threat levels persisting, its use will continue to increase, and rules will be needed to address privacy and other concerns with databases of images.

The week has also picked up some ominous themes from 2019.

A former immigration police chief of Thailand has blamed an gun attack on his vehicle on his opponents in a debate about whether to deploy biometrics to major airports for passenger screening, according to the Bangkok Post. Pol Lt Gen Surachate is opposed to the 2 billion-baht (US$66 million) project, and urged the national police chief to cancel the contract due to delays and questions about the equipment’s efficiency. The new immigration police chief has praised the system on multiple occasions.

With an educational two-week effort and $552, Ars Technica senior reporter Timothy B. Lee built a reasonably convincing deepfake of Mark Zuckerberg’s testimony to conference being delivered by Data from Star Trek, a process he details in an illuminating article. He was advised to use Faceswap rather than DeepFaceLab, and used a four-GPU virtual Linux machine to train a deepfake neural network over six days. The result is far from perfect, but for an individual, novice GAN user to quickly and easily build such a video clearly indicates the potential for widespread disinformation that is rapidly approaching.

The fallout from the U.S. Government’s Office of Personnel Management is explored in a fascinating investigative report by Yahoo! News, which calls it a “watershed moment” that may spell the end of spycraft as it has existed for years. The loss of millions of records including biometrics and other data on U.S. government officials, along with indications of their roles, makes the traditional practice of using false identities practically impossible in many situations.

Concerns about how widely available spy gadgets and advanced surveillance devices should be are among those expressed in a Vice article about the Special Services Group, which threatened to sue the publication for publishing it. The company does not list product information on its website, “due to the critical missions of (its) customers,” but provides a Tombstone Cam, a camera system hidden inside a shop-vac, and other means of surveilling people without them knowing. The article is significantly based on documents, including a product brochure, obtained by MuckRock through an FOIA request.

Ring smart doorbell cameras are an increasingly widespread camera-install base that is being leveraged by police departments through partnerships with the Amazon smart device-maker, and Wired reports that the company will consider exploring the integration of technologies like facial recognition, though in a cautious way. Amazon Chief of Devices and Services Dave Limp said at an interview from CES 2020 that he is a big fan of the company’s work “with well over 400 police and fire departments around the U.S.”

Brian Krebs provides “an insider’s look at the back-end operations” of a cybercrime network calling itself “Evil Corp” on his KrebsonSecurity blog, on the occasion of the FBI offering a $5 million reward for the gang’s orchestrator Maksim Viktorovich Yakubets. The fascinating account of how the gang stole roughly $100 million from businesses and consumers with custom strains of malware like JabberZeus and Dridex also shows how Krebs, with help from others in the cybersecurity community, tracked the criminal campaign and saved numerous businesses from major financial losses.

Banking malware is also a growing threat for Android users, as explained in a blog from Buguroo. A Trojan known as BasBanke or Coybot is being used against Brazilian banking entities, from an as-yet uncertain infection vector, though previous version have come through fake Android or Google Play updates spread with fake Facebook posts and WhatsApp messages. The bottom line is that SDS-based OTP second factor authentication may not be effective at all, and technologies such as behavioral biometrics are necessary to defend against such attacks.

China’s efforts to lead the world in AI technology has led to new educational initiatives, such as an updated recommended reading list, NBC News reports. The government’s plans, outlined in an official document on “A Next Generation Artificial Intelligence Development Plan,” calls for a range of different measures and investments to close the talent gap. The private sector, along with governments in France, South Korea and the U.S. have already put strategies in place to grow the sector, and many European countries are currently reviewing their curricula, according to the report.

As always, please share any content that the biometrics and digital identity communities may find enlightening, inciteful, outrageous or amusing in the comments below or through the usual channels.